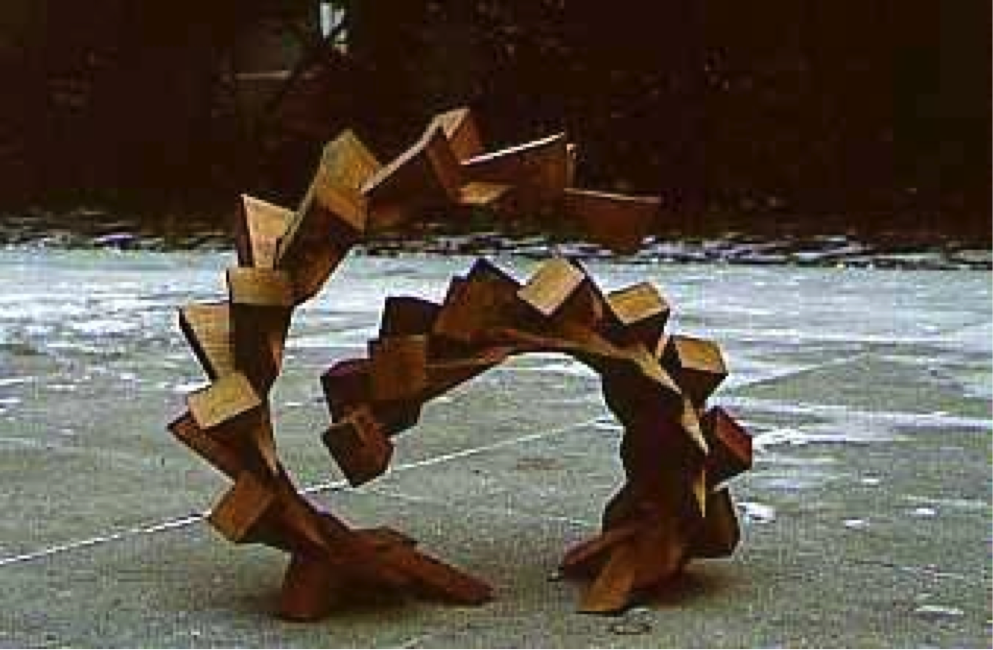 “Dependence” is a modular wood sculpture that uses a common triangular shape to form two arch like structures that intersect. By moving the attachment point either closer or farther apart the shape is altered to form intersecting curves. The piece won the $500 First prize at the Koffler Gallery Student Sculpture competition in 1979. 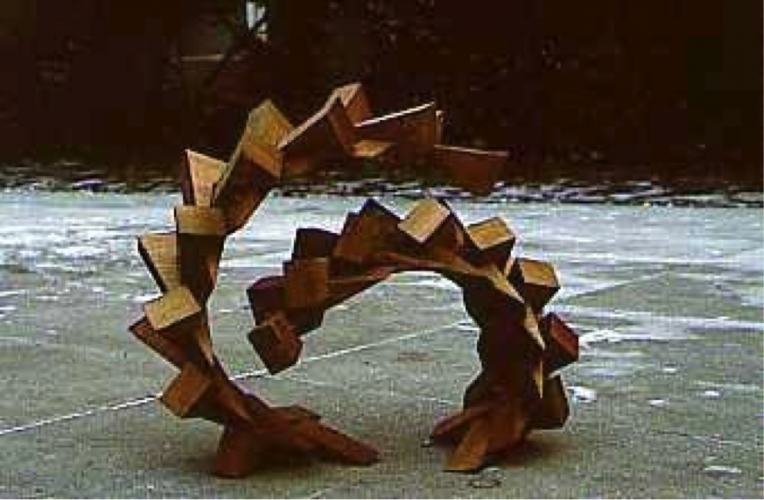 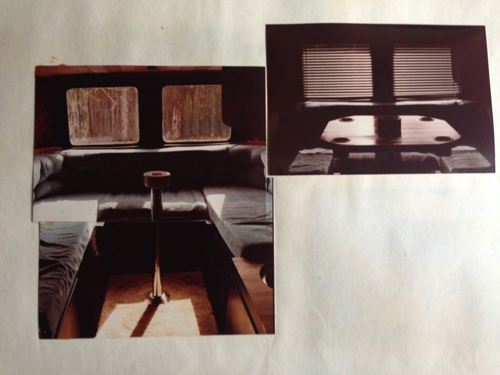 In 1974 I bought my first vehicle which as a 1965 Chevy van and converted the inside with the basics in which to camp overnight. As a high school student it provided me with my own space in which to hang out with friends and gave me my first sensation of freedom. In school I was taking an industrial design course and I decided to start altering the interior and took the vehicle off the road and parked it in my parents garage. Little did I know that it would never leave that space under its own power.

During this time there were 2 major automotive influences that affected me deeply. One was the movement to convert vans into personal “shagging wagons’ with shag carpeting on all the surfaces, heart shaped cutouts and images of dragons and half naked women air brushed onto the exterior. The other influence was the newly released Porsche 928 sports car which featured the first truly ergonomic interior with wrap around plastic forms that molded seamlessly into the cars ultra modern frame. Even today the 928’s industrial design looks modern and the radical difference between the gaudy vans of the time and the futuristic Porsche had a profound impact on me.

I the decided to turn the van into my own version my of the Porsche and spend most of my waking life over the next few years making it a reality. I installed the award winning Yamaha TSX tape deck in a custom shell in the front cockpit of the van, a WW II periscope, an adapted ventilation system, new seats and a custom middle gauge console that also held a secret Hooke pipe system hidden to look like the headphone jacks for the stereo.