THE THIRD EYE – International Project for the European Capital of Culture Ruhr.2010
THE THIRD EYE is a 4-year interdisciplinary art project for the European Capital of Culture Ruhr.2010. “What is a city, how do I live?” and “What could a city be?” – in interaction with science, education and art, these main questions will be examined to create visions for the metropolises of the future. Scientists, pupils, students, artists, architects, urban planners and designers from different parts of Europe construct miniature-models of their future metropolises in a process that include the central themes Urbanism, Identity and Integration, such as CYBERCITY Ruhrstadt (GER), Randstadt (NL) or Tallinn (EST). When constructing the models, pupils from different cities combine place and buildings from their actual living environment with elements which they miss in their city and which they wish to have for themselves in the future. Visions for new cities and metropolises emerge from the future cities of the children and teenagers and the ideas of the artists, architects, urban planners and designers, made comprehensible within the models. These impulses for future European metropolises will be presented in a central interactive, multi-media based exhibition. In the exhibition the viewer roams around the models with the help of the remote controlled video robot – which serve as “avatars” – and “dives” virtually into the model worlds to explore them from the perspective of a pedestrian. People can visit the exhibition on site and via internet from all over the world. 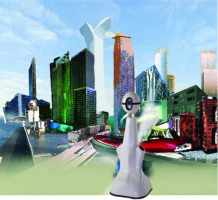 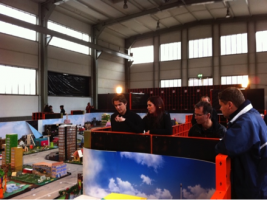 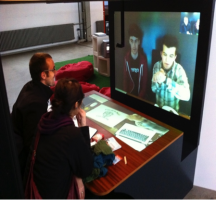 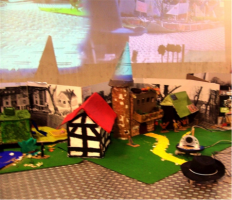 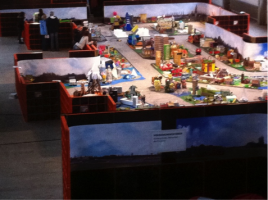 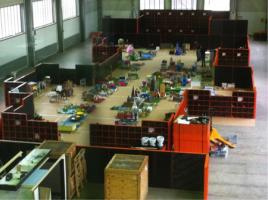