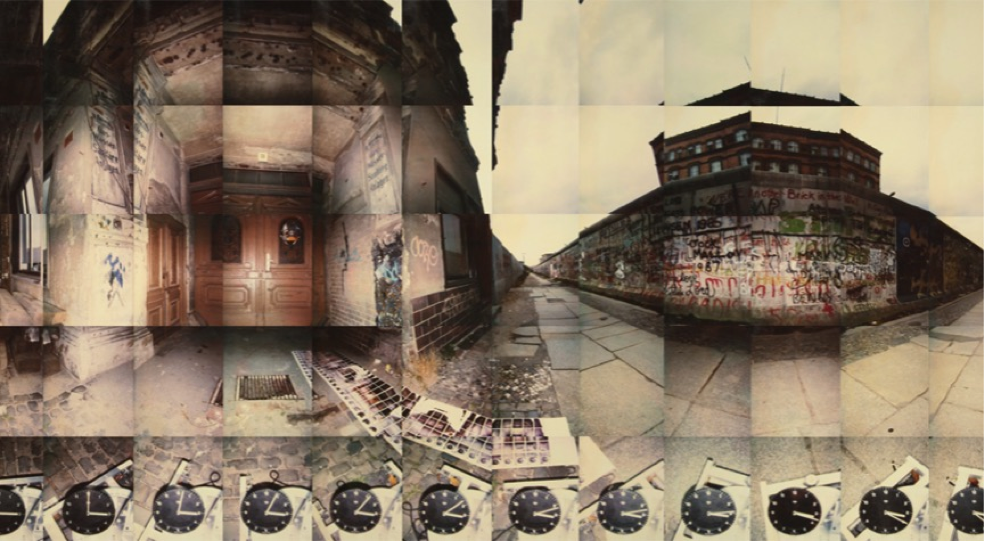 A series of panoramic images shot at the Berlin Wall in Berlin Germany. The exhibition was funded through a Media Arts grant from the Canada Council of the Arts. 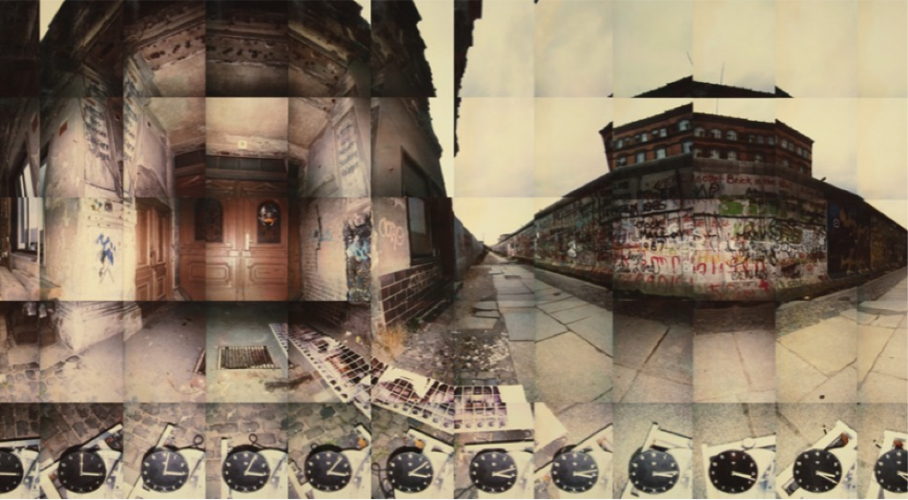 Roving cameramen pieces world together
most photographers use a camera to freeze the moment. Graham Smith sees it as a means of freeing time and motion.

The 30-year-old Toronto photographer inventor has devoted the last two years to devising ways of allowing the camera to see the world in a more complete and human way.

The result of his latest experiments, on display at the photography gallery at harbor front until January 29 are an interesting as anything done recently with the camera.

For one thing Smith doesn’t concentrate on single images but assembles huge panoramas comprised of hundreds of ports. The three large pieces in the current show titled intersections through time Berlin 88 or impressive visual documents but more than that intriguing explorations into the nature of perception.

The works consist of groups made up of photographs arranged five deep unruly dozens long. They were taken from a camera device of Smith’s making that scans the scene team shot from almost every angle possible, from straight up to directly down. At the same time the camera is receiving from the scene as it turns 360°.

Initially the effect is confusing takes a minute or two to realize were looking at a three-dimensional view flattened out and rendered in two dimensions. To see the same view in real life we would have to rotate three or four times while walking backwards.

I create my own technology for each piece I do Smith explains in this case I want to record movement through time. I was shooting a length of space as wall as a panorama spiraling through space.

He calls his works progress and through time. To emphasize the point, the bottom photograph in each row of the clock on it. Peace taken about two hours to shoot. Smith is also started to take his panoramas late in the afternoon to the picture gets darker as time and evening events.

This is best seen in checkpoint Charlie work taken roughly between 4 PM and 6 PM. Justice this technique turned straight lines into U-shaped curves but stay a night into the sky at the same time.

Photographers always think in terms of a single instant of time but nothing is static’s missives. It just can’t happen. Besides we didn’t just look at one thing or see everything at once we scan.

All three pieces were taken last fall at sites along the Berlin wall. As well as being full of graphic appeal specially the combination of uniformed guards and graffiti on the scenes provide a fascinating glimpse and the realities of the Cold War.

Berlin is the New York of Europe, Smith says. They help me in every way they could than evens exhibited the work.

The East Germans provided less helpful. They refused to let me cross over and appear only as inquisitive heavies on at all sure they like what Smith is doing.

He could’ny cross the border but his camera did 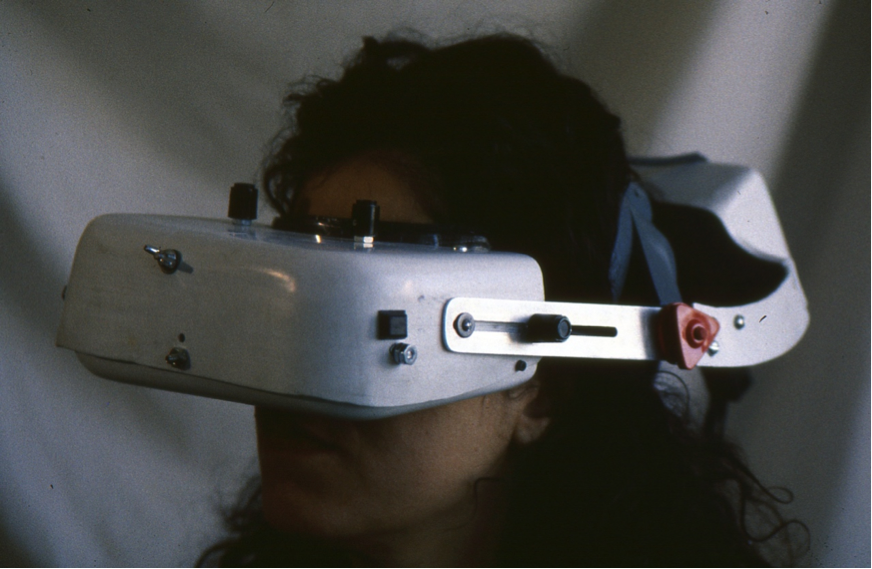