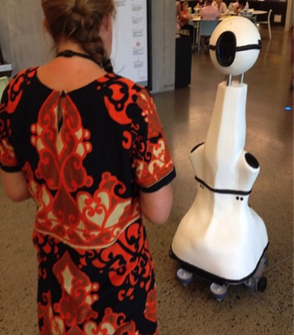 MOBI Jr 2.0 was exhibited at the Vitenfabriken Science Center in Sandnes Norway in July and August, 2014. The telepresence robot was controlled by visitors who used a “haptic” step pad interface to see through the robots eye and control its movement through exhibition hall.