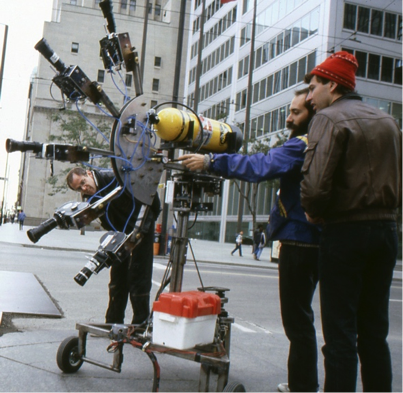 A five camera panoramic film that moves through downtown Toronto at the intersection of King and Bay that was shot in 1985. The piece is designed to be a kind of “time machine” as core sections of the video are designed to be re-shot in exactly the same locations a generation later to explore the progression of time in an urban environment. This project was funded with the help of two Canada Council Integrated Media grants in 1984 and 1985.